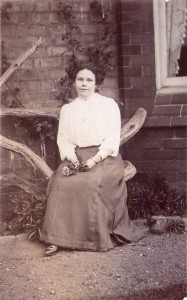 Dolly was the middle and longest-surviving of three sisters, all of whom were members of the Neston Female Friendly Society

They can be seen (below)  in their dark home-made costumes in the 1909 Walk photograph (l to r: Annie Elizabeth, Dolly, Edith). 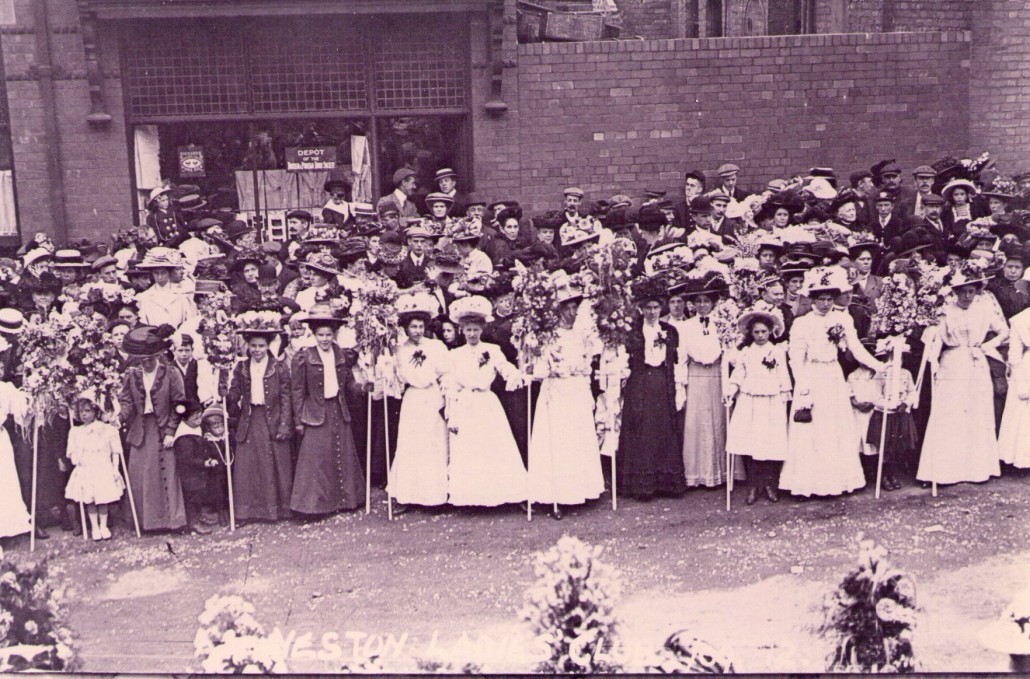 She was born in Clapham, where her Neston parents were temporarily living, but grew up in Neston and took a job (with Edith) at Neston Laundry.

She worked all her life at the laundry, rising to some supervisory position there until she left in her 50s to look after her elder sister, Annie.

Annie had been trained as a teacher and served as headmistress of Parkgate and later Neston infants school and died in 1945.

Dolly’s interests were less cerebral than her sister’s. She enjoyed dressmaking,  and generously gave many garments to local charities and bazaars, also bowls (for which she once won a silver cup) and of course the Neston Female Friendly Society. In 1914 she took part in the Centenary Walk and proudly wore the centenary badge every year thereafter. Eventually she became the oldest member and received a modest pension, living in Olive Drive opposite the home of Albert Tilley (Secretary).

Her status as oldest member of the walk attracted the interests of the press and in 1963 (then 81) she was interviewed and pictured in the Liverpool Echo. 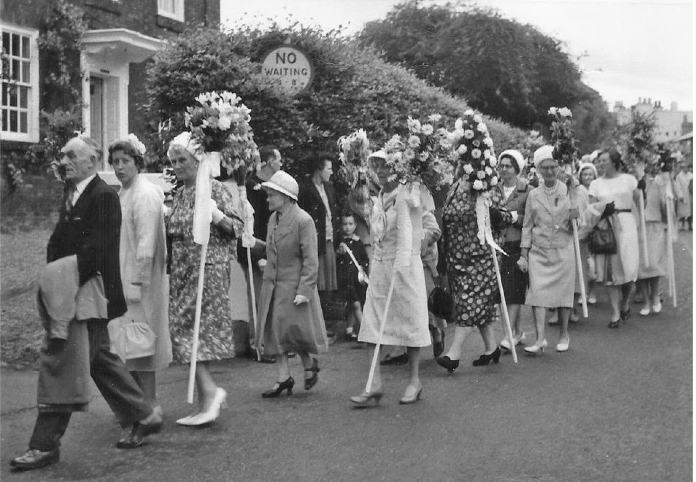 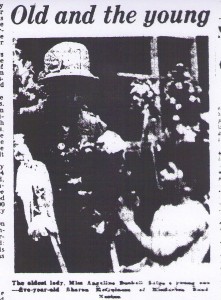 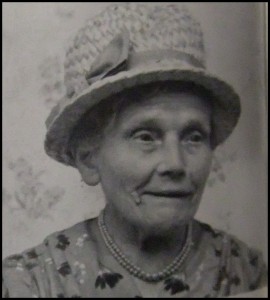