The Quarry in 1814 – the year the Female Friendly Society was initiated.

Neston’s main quarry covered the area on Park Street at the top of Mill Street, now grass and flower-beds. It was part of the Mostyn estate and had been worked since at least the start of the nineteenth century.

By the 1880s the quarry was no longer being used following complaints of the noise from blasting and had filled with water which had to be syphoned off.  It caused a nuisance for many years and the owner Johnson Houghton of Westwood Grange was asked to deal with the problems of the awful smell in 1900; it had been  agreed that the council could use it as the refuse tip for dry ashes, as most domestic rubbish was burned in the fireplace and the resulting ashes were collected, but it was said that  the ‘night-soil’ from the privies was also being dumped.  Flushing lavatories were by no means routine at this time. A council member complained that a family had suffered from sickness after simply walking past the pit, and that a fire had been burning in part of it for several days.  The surveyor pointed out that there was nowhere else for them to tip and they ought to be getting a refuse destructor, a furnace that would render the rubbish to a few cinders.

The huge hole in the ground had three sheer sides of  about 25 feet deep, surrounded by 7 feet high walls, with one side (the present Churchill Court side) shelving down to the water’s edge. A tragic incident took place one December night in 1889, when a young fisherman living in Cross Street climbed the sandstone wall and threw himself  into the deep water. He had been drinking with another fisherman, got involved in an argument and fight, then went home and quarrelled with his parents, and rushed out saying he was going to drown himself. His actions were witnessed by a few locals, the alarm was raised in the Plough public-house across the road, and ropes were hurriedly brought from the timber yard on Cross Street and a small raft was built. Quite a crowd had now gathered in the moonlight, and the police had to hold people back from risking more lives on the raft; a lorry went down to Parkgate and brought a boat back, but his body was not found till the next morning.

There was another incident three years later, when a horse and cart in the charge of Harry Briscoe was taking some rubbish for dumping via the field at the rear, and the horse became very agitated for a while, but presumably with some skill Harry reversed to the water’s edge;  unfortunately the horse insisted on continuing to reverse, and ended up under water. Harry plunged into the icy water to release the harness, a crowd gathered and launched a float into the water for a raft, though it sank. Briscoe managed to cut through the harness, and a rope was attached around the horse’s neck; this broke and  the horse set of swimming in the opposite direction, nearly drowning.  He was saved when a successful lasso from the shore managed to pull him out, and a long draught of Irish whiskey had him back to normal. Harry Briscoe suffered no ill effects either.

William Whineray of Leighton Court bought the quarry in 1912 and it was gradually filled in, being almost level by 1937 when the council were speculating as to the possibility of building on it but nothing happened and in the 1960s the site was incorporated as landscaping around the Churchill Court development. 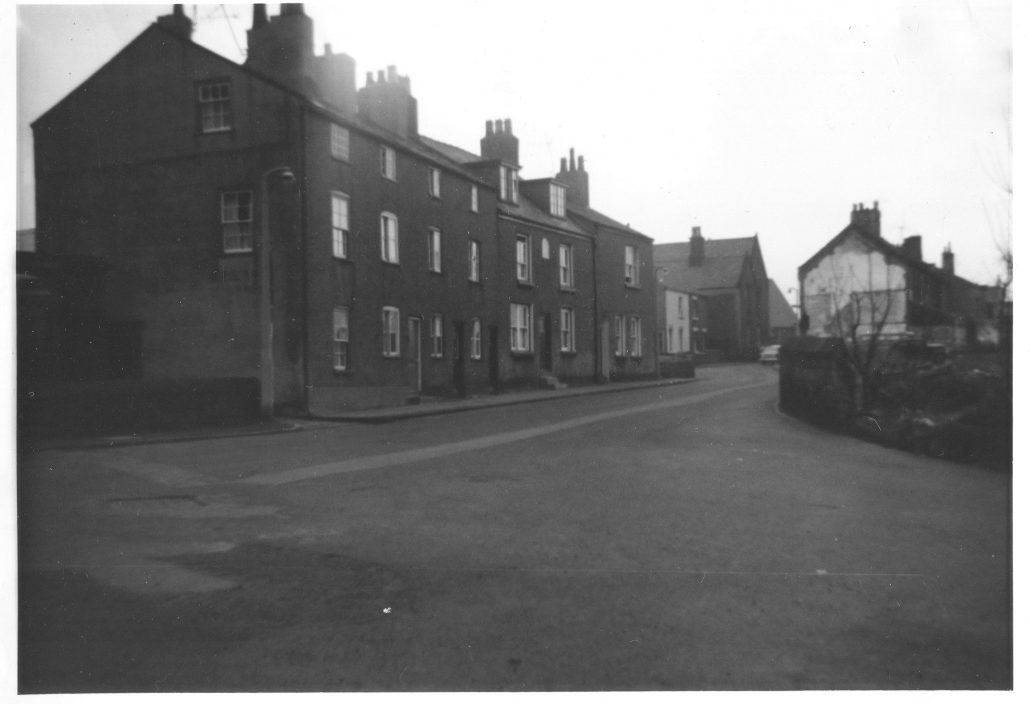 1960s, the Quarry on the right. The old Police Station can be seen along Park Street.