Leighton Court – from beginning to end

This large attractive house built in 1889 stood on what is now the site of The Leightons, and the small housing development called Leighton Court, at the top of Buggen Lane, or Prospect Road as it was then known. The building is mainly remembered nowadays for its brief blaze of glory as a disco/club in the 1970s. 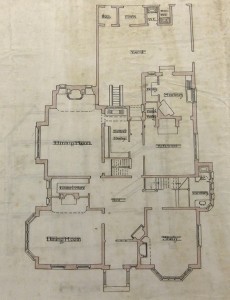 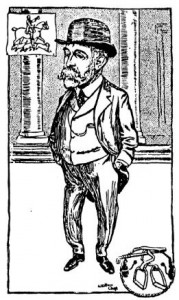 In 1889 George O’Neill Bridge, successful Liverpool cotton broker and expert in Egyptian cotton, had plans for a house drawn up by James Francis Doyle of Liverpool, who was part of a large and successful architectural practice. He also designed the Royal Insurance Building in North John Street, the White Star Line Head Office in James Street in Liverpool, Neston Parish Church (1874) and the Presbyterian Church on Parkgate Road, now the United Reformed Church, in 1884.

In those early years the house must have enjoyed a pleasant view and open prospects, being at the top of a plot stretching down to Parkgate Road with no houses on Buggen Lane or that part of Parkgate Road. The front of the building looked towards the river and a drive led to the house from Parkgate Road. 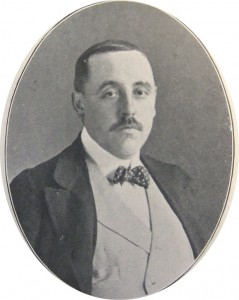 George Bridge did not stay in Neston for more than a couple of years, and in the 1890s the occupier was Dr Ramsden Wood and from 1899 William Whineray, (who like George Bridge had also made his money from cotton), and wife, three children and six servants. A man of many interests, including horse racing, he was owner of the 1921 Derby favourite ‘Leighton’

In December 1913 major ground works involving blasting were carried out in the garden by Albert Fleming’s building company, and two of the workmen, S.Kameen and D.Luxton.,were injured. (click here for more photographs of the gardens) 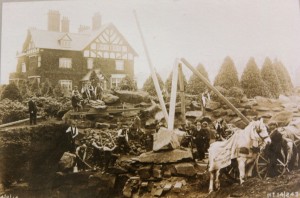 In 1916 Whineray fitted up a workshop in his garden to manufacture munitions, probably shells cases or bullets. This was in response to the desperate need for weapons in the war effort, and many large and small such industries were established, such as the plant in Sandycroft where some Neston men worked, which employed over 7,000 people.

Whineray provided Neston with an ambulance in 1918, an off-white 16HP Austrian Daimler to be precise, and in the same year he was reported as auctioning two £5 notes at a boxing match in Liverpool Stadium; one was signed by Douglas Haigh and the other by Lord Derby. They fetched £1000 in aid of St Dunstan’s Blind Soldiers.

A member of the Cotton Exchange in New York, he died of a stroke on a visit there in 1923.

Probably the next owner was William Jackson, Liverpool solicitor and father of Miss Pamela Jackson who was Patroness of the Female Friendly Society in early 1980s. Under William Jackson’s ownership the gardens became a special aspect of the property, even appearing on an advertising postcard, and featuring in garden open days just prior to WWII.  William Jackson died about 1950.

In the 1970s the house was a popular casino/nightclub/disco for several years, remembered fondly by many locals of a certain age. There are still Facebook sites dedicated to the club.  A fire badly damaged the building in 1988 and it was demolished; the site is now residential.

Information to add?  E-mail us. 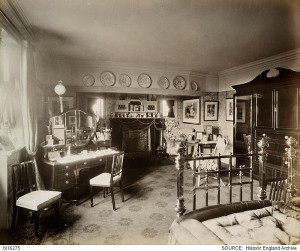 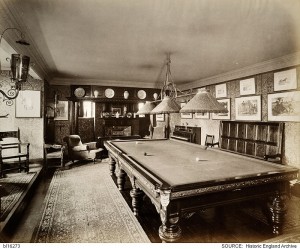 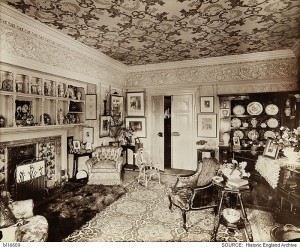 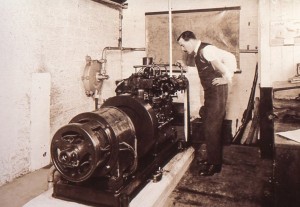 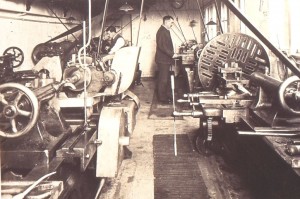 The building that housed the former munitions factory still stands, and part of it is in the garden of one of the houses in The Leightons, and still has the beams that supported the pulleys of the lathe system, and the bolt and nut markings on the beams are still visible.  The owners, Mr and Mrs Stephenson, have been able to identify the lathes and pulley system as being a  Crossley GE 119 Gas Engine (or very similar), powered by town gas.

They would have been very noisy and potentially dangerous. They were probably making 6 inch shell casings.

Mr and Mrs Stephenson think there were probably three engines, two of which powered the pulley system and one a generator for electrical power.

Many of Leighton Court’s original sandstone garden paths are covered by the modern lawns! 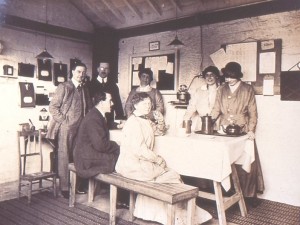 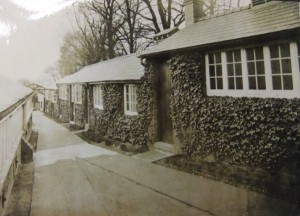 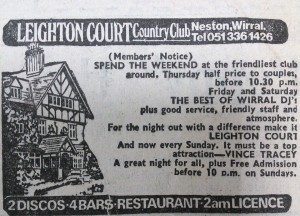 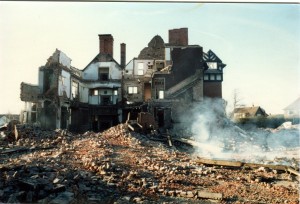 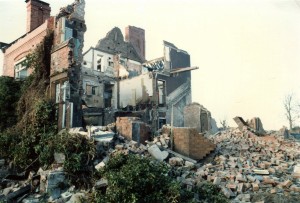 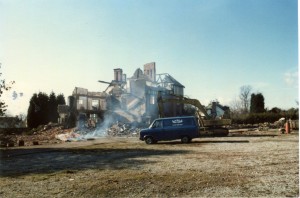 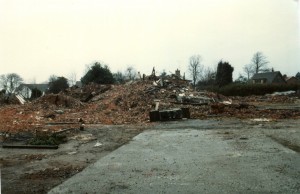 Part of the author’s collection of stained glass rescued from the site after demolition. She knew it would come in useful one day. 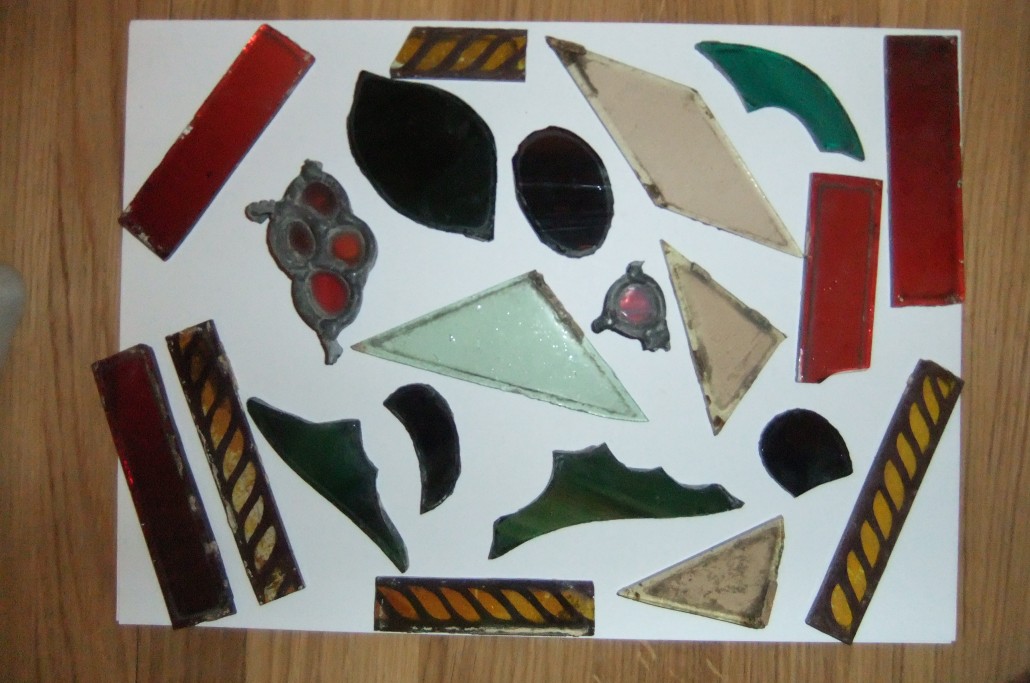