The Canals that Almost Came to Neston

In an edited extract from his book on the Neston Collieries to be published in 2016 Anthony Annakin-Smith looks at the proposed canal-building schemes that would have linked Neston, and the colliery area, to the rest of Cheshire.

The opening of the first colliery in the Neston area coincided with the dawning of an important era in the history of British transport – the canal age. The desire to create new waterways came from the need to move heavy, bulky materials such as coal, as well as manufactured goods, around the country, and it seems that one of the very first canals may have been under consideration at Neston.

The evidence comes from the notebooks of James Brindley, the great canal engineer, who visited the colliery area in 1761 and 1762.  Brindley was the consulting engineer on the Bridgewater Canal, often cited as the Britain’s first true canal, the initial stretch of which was opened in 1761. Not all of Brindley’s notebooks survive and those that do are often poorly written and lacking in detail, so they cannot give a complete picture of his activities or motives. However, he records visiting ‘Par[k]Gat’ in November 1761, ‘Par[k]Gat Coollery’ (colliery) in early April 1762, ‘Parr or Neaston’ (Parkgate or Neston) later in April and ‘Neaston’ again in July, each visit lasting one day (Brindley probably used the name ‘ParGat Coollery’ out of ignorance; in any event Ness Colliery was not so-named until several years later). 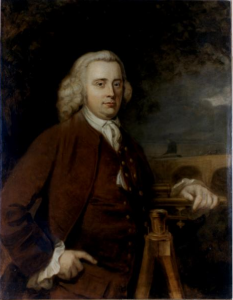 The Bridgewater Canal had been commissioned by the Duke of Bridgewater, keen to improve the efficiency of transporting coal from his colliery at Worsley to Manchester. Brindley went to Chester before or after each visit to the Neston area and it appears, based on his notes and other records, that he was investigating a possible canal connection between Chester and Shropshire.  Later that decade he arranged the survey preceding the first, unsuccessful, petition to parliament to build a canal eastward from the city.  Brindley’s main contact in Chester appears to have been the entrepreneurial Chester silversmith, lead-mine owner and former mayor, Richard Richardson, who also seems to have led the early coal-mining development at Neston. Brindley became much in demand for his canal engineering skills at this time and it seems likely that Richardson had tasked him with investigating the feasibility of building a canal to take coals and other goods from Ness to Chester and potentially beyond. Like the Duke of Bridgewater, Richardson may have wanted to improve the efficiency of the colliery’s coal transport, especially given the difficulties with navigating the tidal Dee. Brindley’s deliberations might explain why Richardson was in no rush to progress his 1759 request to the Chester Assembly to develop the Old Key (as it was then known) for coal shipments. As well as wanting to know whether the nascent Neston mining venture would make it worth the cost of building a canal, Richardson may have wanted to see how the Worsley project turned out. He may also have been waiting for the new inland canal from Chester – but this didn’t materialise in his lifetime.

Clearly, Brindley’s visits did not result in a canal from Neston but there are hints in the papers of the Mostyn family (who owned Great Neston) of the possibility of a new local canal in the 1770s – apparently they were also keen to join in the national enthusiasm for these waterways.[1] This may have been linked to a proposed new dock at Parkgate but, again, nothing resulted. However, the Chester Canal, from the city to Beeston opened in 1774 and it was the creation two years later of the link between the canal and the Dee which offered the possibility of inland carriage of coastally mined coal. In recognition of the potential for trade between river and canal the Chester Canal Company commissioned a number of ‘flats’, modelled on boats built by the Duke of Bridgewater for his canal. These were versatile craft that were able to carry goods both to the ports on the Irish Sea and inland, in the shallower waters of the developing canal network.  The first Chester Canal Company flat was launched in 1776 and the Chester Chronicle of 13 December reported,

‘For the first time one of the Canal barges, of the burden of about 60 tons, navigated out of the canal, thro’ the five-fold lock lately compleated at this city, into the River Dee, to proceed on her voyage to the colliery, to load coals for the use of the interior parts of the country.’

Sadly, the report did not state which colliery the barge was heading for, but it could have been Ness, benefiting from a new route to market.

The Chester Canal, near the locks.

The construction of canals certainly presented opportunities to the Neston collieries but they also created threats from competitors. For example, when the section of canal from the Mersey to Chester opened in 1796 the first commodity to be brought to the city was Lancashire coal which, as the local newspaper put it, ‘cannot fail to be of considerable advantage to this city’. It is ironic that in the following decades Sir Thomas Stanley, then co-owner of Ness Colliery, often found it more appropriate to import Lancashire coal, brought via the canal network to Eastham for use on his estate at Hooton, than to cart it across the Wirral from Ness.

‘There are some productive coal mines worked within [Neston] parish; and the canal between the Mersey and the Dee, which passes near the town, affords the means of distributing their produce.’

In the 1820s, although speculative ‘canal mania’ had largely died down, there was a new possibility that a canal might actually run past both Ness and Little Neston collieries. The Manchester and Dee Ship Canal was intended to allow sea-borne goods to be carried directly to Manchester avoiding Liverpool where heavy local duties were levied.  The 51-mile scheme was Manchester-led, chaired by a businessman there, Matthew Hedley. The proposed route was initially surveyed in 1823-4 by Robert Stevenson, a Scottish engineer, and would have accommodated vessels of up to 400 tons. It would have run from an enormous dock at Dawpool, near the mouth of the Dee Estuary, through the Neston collieries area before swinging across the Wirral peninsula to Backford (to meet the Wirral Canal) and on to Frodsham and eventually Manchester. However, an 1825 Bill to allow its construction was rejected by Parliament. Interest continued and a new scheme, drawn up by engineer William Chapman, was devised that year but also failed to reach fruition. The estimated cost of over £1.5m would no doubt have been one disincentive. There was considerable popular enthusiasm for the schemes, as well as anti-Liverpool sentiment – poems, and even a song called ‘The Manchester Ship Canal’, were written.  As the song said,

‘Instead of lazy Old Quay flats, that crawl three miles an hour, sir,

It may have been these proposals, and the prospect of direct access to the enormous industrial market of Manchester, that led the owners at Ness Colliery to undertake new borings in early 1826, hoping to find new, large and sustainable supplies of coal.

A further scheme for a canal was proposed in 1837, again from Dawpool, running for twelve miles, past the collieries to a proposed new Chester harbour.  The scheme was devised by renowned civil engineer Sir John Rennie (who also claimed to have first ‘entertained’ the 1825 proposals). The new design would have accommodated vessels, including steamships, drawing fifteen to twenty feet of water and weighing 600-700 tons. But the scheme, costed by Rennie at £560,000, met fierce opposition from those who suspected it would actually cost nearer £1m and thus did not proceed. The idea was revived in 1844 by Chester foundry owner and builder Thomas Lunt and developed the following year as part of a proposal to link a Heswall – Chester canal with a new ‘Chester and Manchester Direct Railway’.  Tellingly, Rennie made no mention of the Neston collieries when putting forward the economic benefits of his 1837 proposals and there was no apparent reference to them in the later schemes – perhaps an indication of the collieries’ limited output at that time.

[1] With thanks to Susan Chambers for bringing the relevant Mostyn papers to my attention.

[2] The Old Quay in this instance was probably at Runcorn.