Mostyn House – from the beginning

The attractive apartments that now grace Parkgate Parade on the site of Mostyn House may be said to write another chapter in the history of the buildings that were a hotel for around a hundred years, and a school for the next one hundred and fifty years.

We will be taking a detailed look at the fascinating history of the school, its masters and its students in future weeks, but the details of the early buildings deserve some attention first.

In 1855 the Mostyn Arms Hotel on the Parkgate sea-front was for sale. It had ten bedrooms, a large stable yard, coach houses, farm buildings, cow sheds and pig styes, and a single storey section for hot and cold sea-water baths with a copper boiler. Two adjacent three-storey buildings formed the hotel, with extensive gardens and two wells behind. There was even a ballroom, a remnant from Parkgate’s glory days as a resort. 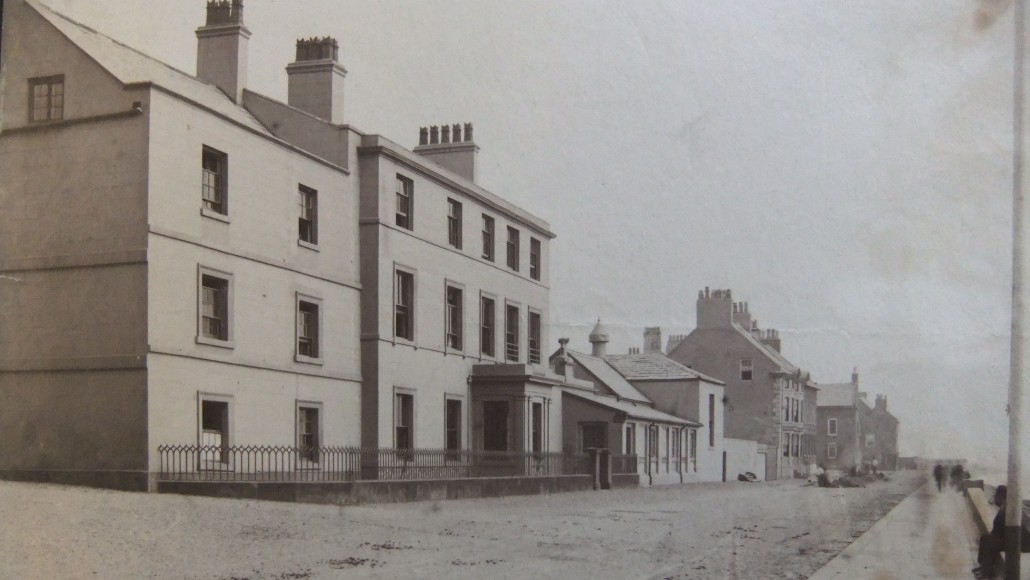 Mostyn House in its early days

A huge ‘bunch of grapes’ had hung over the main entrance in earlier years, and it was rescued and hung in the Chester Arms when the

After the long-term owner, Esther Briscoe, died, the old building was bought by Edward Price who ran a school in Tarvin. He moved his pupils to the Parkgate building later in 1855. The first of the Grenfell line of head-teachers, A.S.Grenfell, the nephew of Price’s wife, took over in 1863 and bought the freehold of the buildings in 1875.

“I have never seen such a horrible hole in all my life”, said Mrs Grenfell when she first saw the place in 1863. 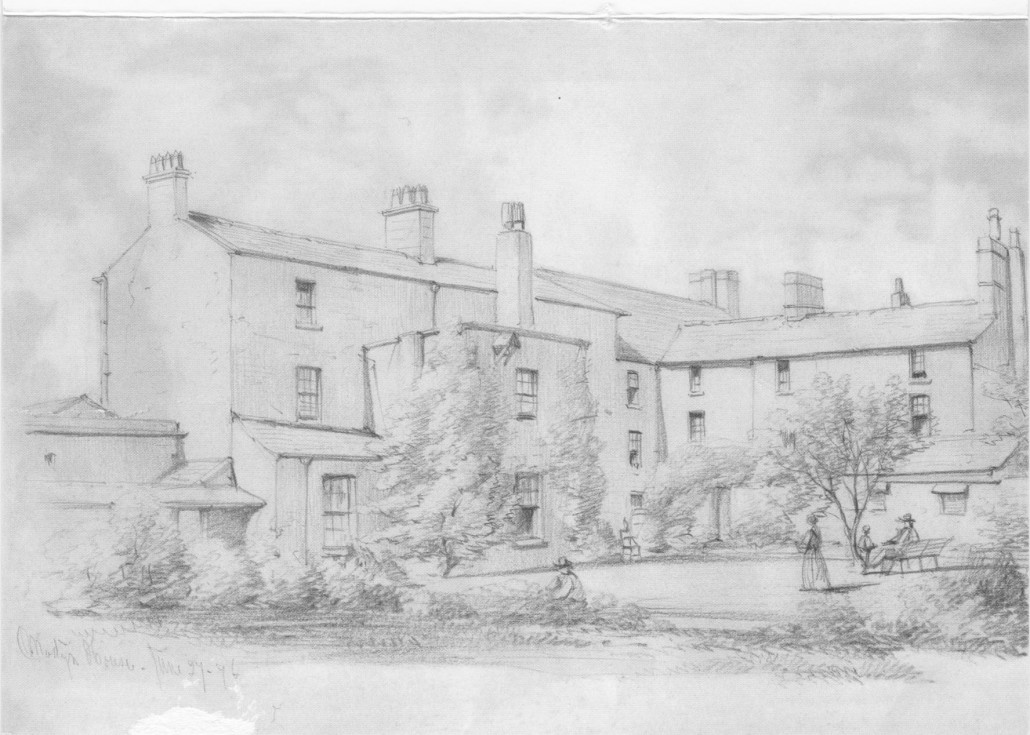 A sketch of the school from the gardens, 1876

Already an old building, it deteriorated for the next ten years and the school was going downhill. The roof leaked and the walls were damp. The only addition was a badly built class room that had to be demolished. The sanatorium was full of dry rot and there were no dormitories. There were rats in the smelly cellars.

Years later the next Grenfell, A.G., wrote of the very early days: ‘There is a dark kitchen, a parody of a scullery, an awful larder and boothole, a decrepit wash house, a bakehouse literally in ruins (adjoining a pig-stye), filthy old stables, a stinking hen house and a long-disused shippon used as a rubbish shoot…’

By 1899 the building, again according to AGG, was a ‘decrepit, insanitary wreck’ and a ‘bare, leaky very ancient building…with an odiferous farmyard, with obsolete stables and shippons, lighted by paraffin lamps.

At this low point with only eighteen pupils, A.G.G. took on the school and rebuilt it, literally and metaphorically over the next ten years, and it became the building we now recognise. 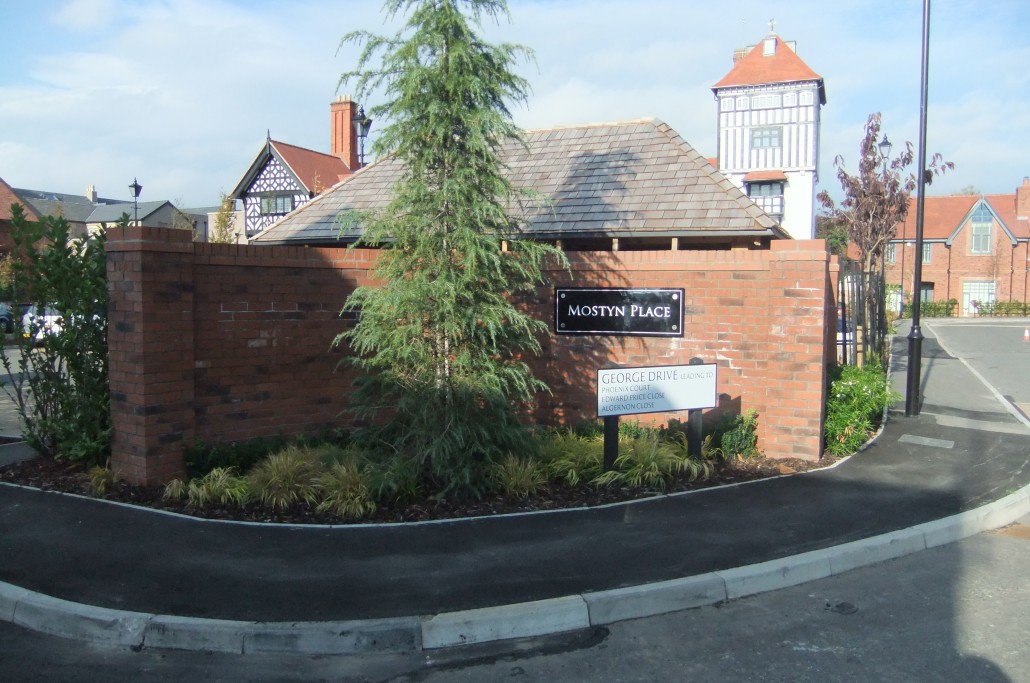 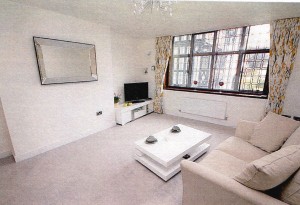 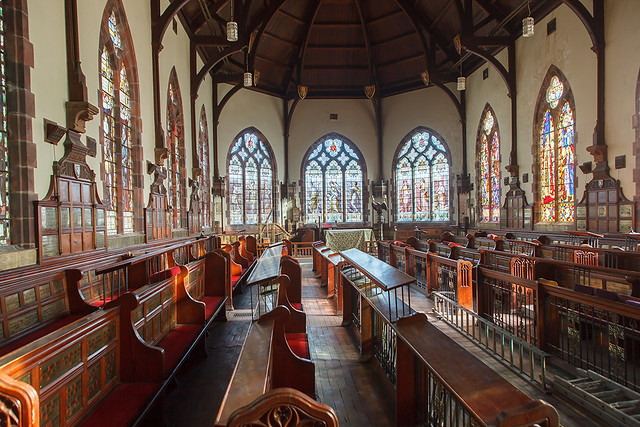 With acknowledgements to Suzi Grenfell (for permission to use the sketch) and  Clive Watkin Partnership.

Visit us again for more of the long history of Mostyn House School.