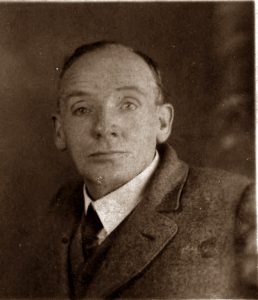 William Nelson Ledsham was my wife’s grandfather. He was born on the 8th Jan, 1880 at Heath, Great Boughton. He was the son of Hannah Ledsham and William Nelson who from what I can make out never married, but had several children most or all with the middle name of Nelson, but bearing their mother’s surname, Ledsham.  He became a tailor and travelled around the country as a journeyman which is most likely how he came to meet Florence Lilian Green whose family ran a drapers shop in Walsall. They married on 28th Feb 1911 at the parish church  in Handsworth.

Soon after their marriage they moved to Liverpool where they lived at 4a Macdonald Street, Wavertree. Their first child, Christine, was born there on 25th December 1911. William was of small stature and this may be the reason he was not called up for military service during the First World War. Or it may have been because of his skills as a tailor as he was employed sewing officers’ uniforms. Their second child, Harry, was born in December 1916, followed by William, my father-in-law, in May 1919. It was around this time that Harry contracted T.B and William decided to leave Liverpool and move the family to the fresh air of the sea front at Parkgate. Their other two children, Rhoda (1925) and Daphne 1929 were both born in Parkgate.

William was quite an entrepreneur – as far as his finances would allow, and tried lots of little ventures to earn money. The children were all put to work as soon as possible helping in the cafe. The sold the ice cream that they made on the sea front from cold boxes on bicycles  and potted shrimps ( a local delicacy). Being a tea shop, scones were a must and I have been told were a constant item to be made in the cafe kitchen.

William hit upon the idea of building a dance hall in the rear garden of the cafe, which later was converted into a bungalow for his retirement . The children went to school at Parkgate Infants School and went on to Neston Church of England School in Liverpool Road but  they left to work in the cafe as soon as they were of age. However ,they did develop other trades, Harry after his time in the army  during the Second World War( and possibly before) became an electrician. William trained as a chef in the Grosvenor Hotel in Chester and cycled there daily from Parkgate to his work. 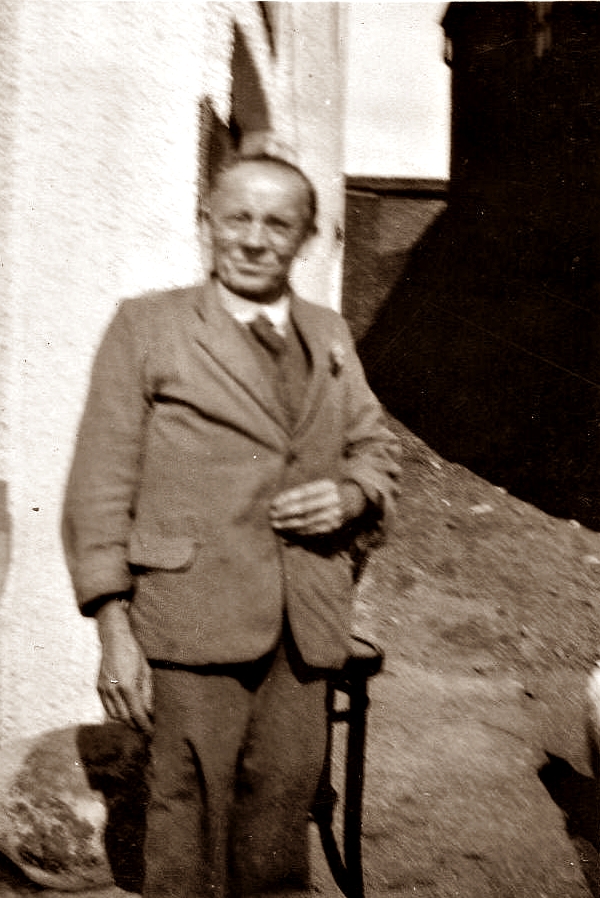 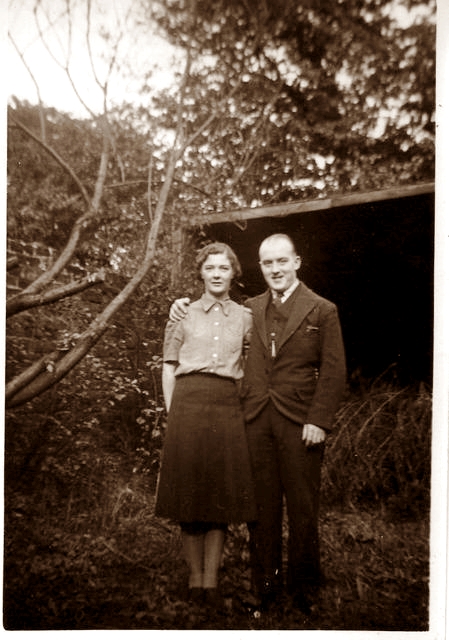 Christine and William Ledsham, children of William Nelson Ledsham and his wife, Lilian 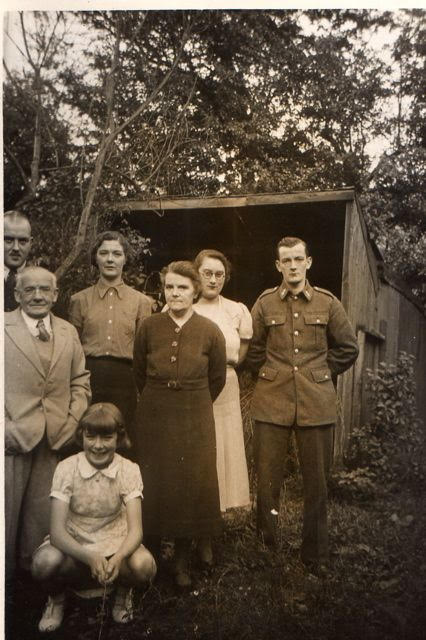 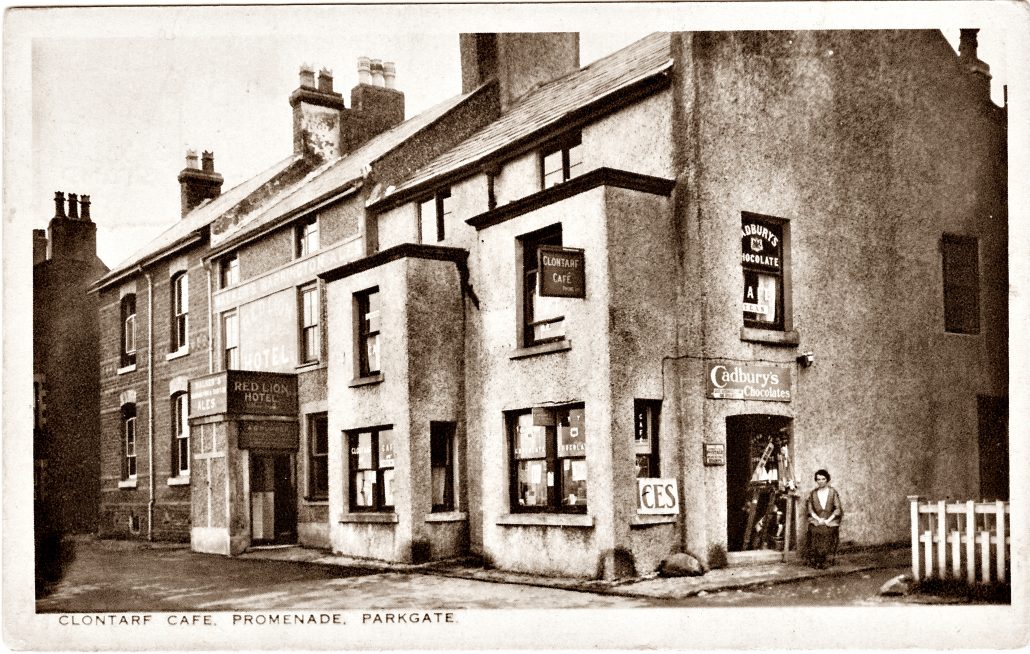 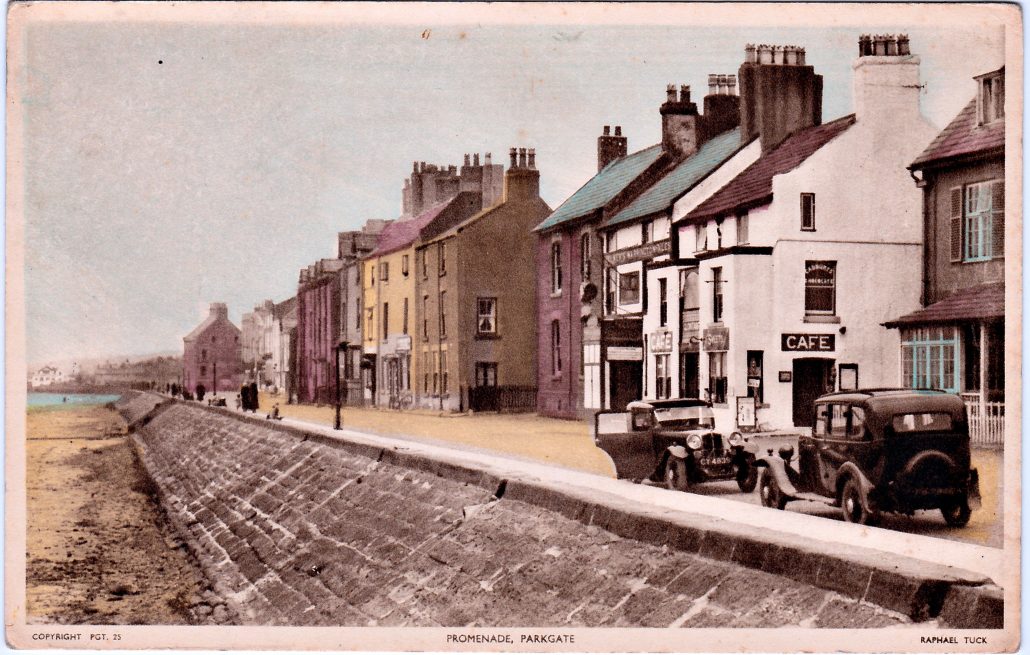 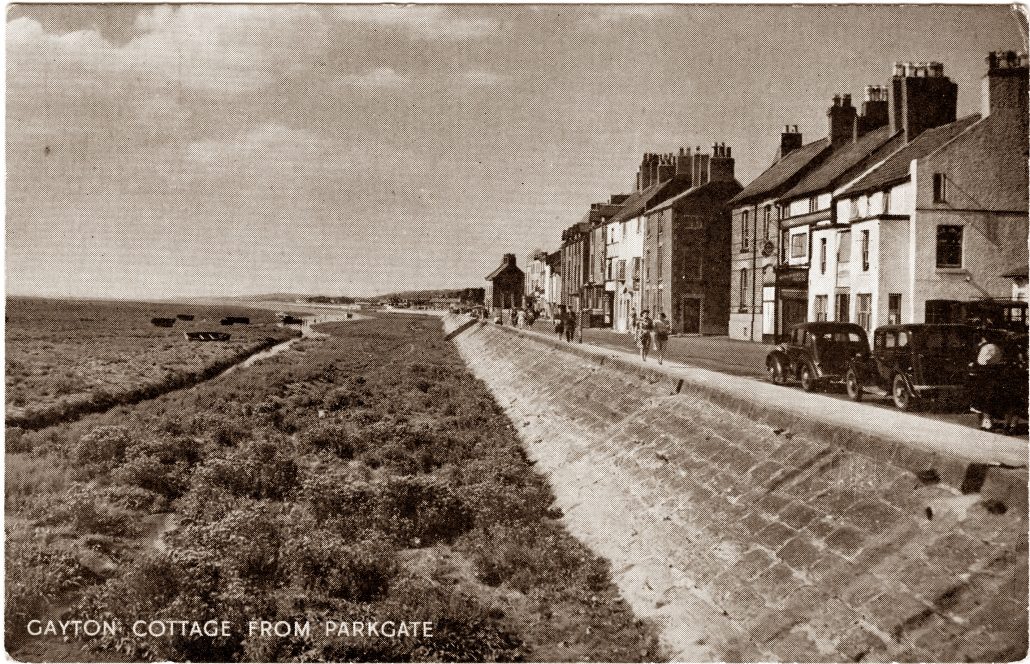 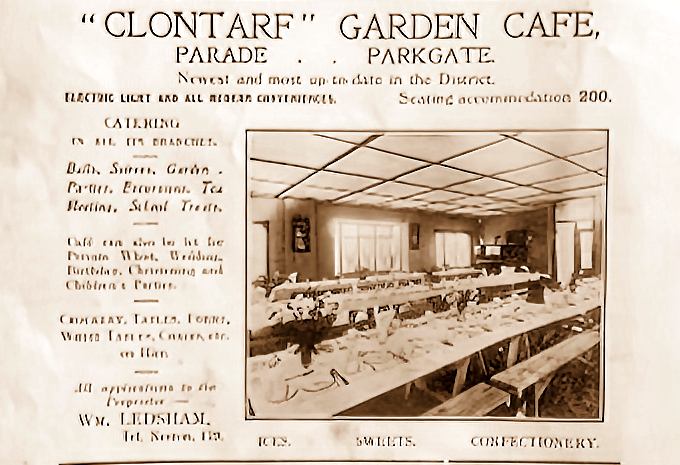