The Birkenhead Brewery’s “Old Quay” public house caused a fair amount of excitement when it opened in the mid-1960s, with a bar incorporated into an ambitious half-scale reproduction of the stern of HMS Victory, Copenhagen Bar, Nile Lounge and Trafalgar Room.

An earlier establishment, not quite on the same site but only yards away, was also in its later years called the Old Quay though it had been opened as the Chester Arms (or often just ‘Chester Hotel’)  in the early 1850s soon after the Mostyn family’s estates in Parkgate and Neston were sold.

The ‘principle inhabitants’ of  Neston had  a splendid public dinner in the hotel in 1858 on the occasion of the marriage of Queen Victoria’s eldest daughter, the Princess Royal. It was not concluded until a late hour.

Birkenhead Amalgamated Brewery Co. (Birkenhead Brewery) owned the old pub from 1866 until its closure nearly a century later, when they launched the replacement that still stands, though with a more conventional interior design nowadays.

The inn was witness to some incidents of Parkgate life over the years – in 1883 William Mealor and James Evans were charged with being drunk on the premises, Mealor reportedly almost incapable of walking across the road to his house. Two local ladies had a twenty-minute session of kicking, hair-pulling, punching and scratching outside the pub cheered on by a group of fisherman a year later.  In 1887 Mr W.E. Gladstone then leader of the Liberal Party, and Mrs Gladstone, on their way to Hoylake actually stopped at the Chester Arms while their horses were changed.

Between the inn and the river frontage were three largish houses in a terrace, and two more fronting the river. All these properties were eventually acquired by Birkenhead Brewery and the present Old Quay and car-park cover the site. One of the houses was the former Customs House, which later became ‘Christopher Bushell House’, and was given in 1888 as a sanatorium to the Liverpool Church of England Scripture Readers Society by Charles Bushell, one of the sons of Neston’s major benefactor. Tom Mealor bought the house in 1933, and his wife Annie ran the Cosy Café from there for many years. 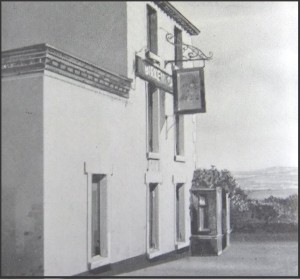 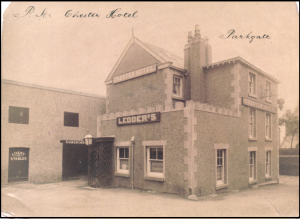 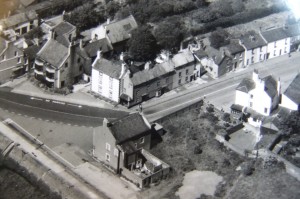 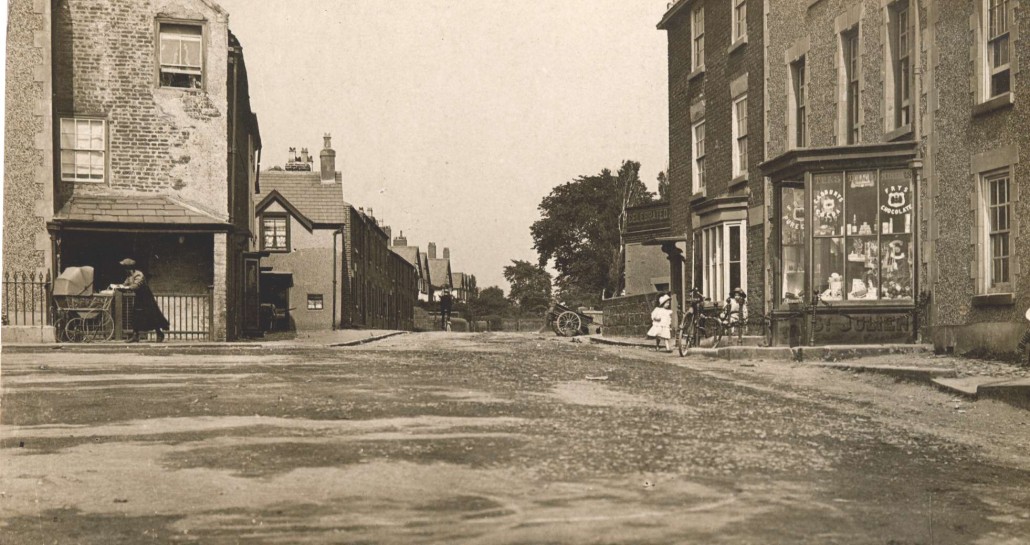 Another property in the row was bought by Thomas Dover in 1851, consequently known as Dover House which became a shop. Perhaps this is why Dover Cottage across Station Road is so-called?

A.G.Grenfell, the extremely enterprising Head of Mostyn House School, owned a small piece of land next to the road, just as one approached the Chester Arms. In 1911 he was very keen to sell it to Birkenhead Brewery with the advice that they should put garages on it, and turn their old garage and stable into a tea-room. He pointed out that the cricket matches drew people to Parkgate, the Artillery Volunteers were coming again and it was an easy car journey from Birkenhead or Chester. Chester Arms was the best hotel, and there was no garage at the Union (Ship) and more people would come, he said, if they could shelter their cars where “the rain would not drench the cushions and horrid little boys won’t scrawl hieroglyphics on dusty panels”. He claimed there were plans to build a row of cottages that would hide the Chester Arms. The piece of land was eventually used to widen Station Road.

So the land for the new Old Quay was acquired piecemeal, and involved demolition of five old houses, four demolished in the 1930s, and the old Custom House/Christopher Bushell House/Cosy Café at the start of the ‘60s. 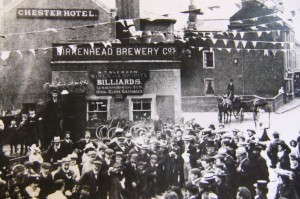 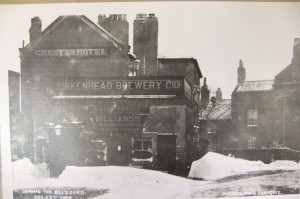 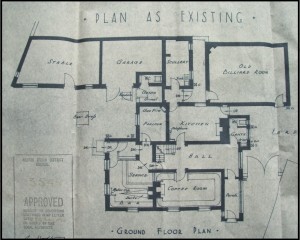 Plan of alterations to Chester Arms, 1956 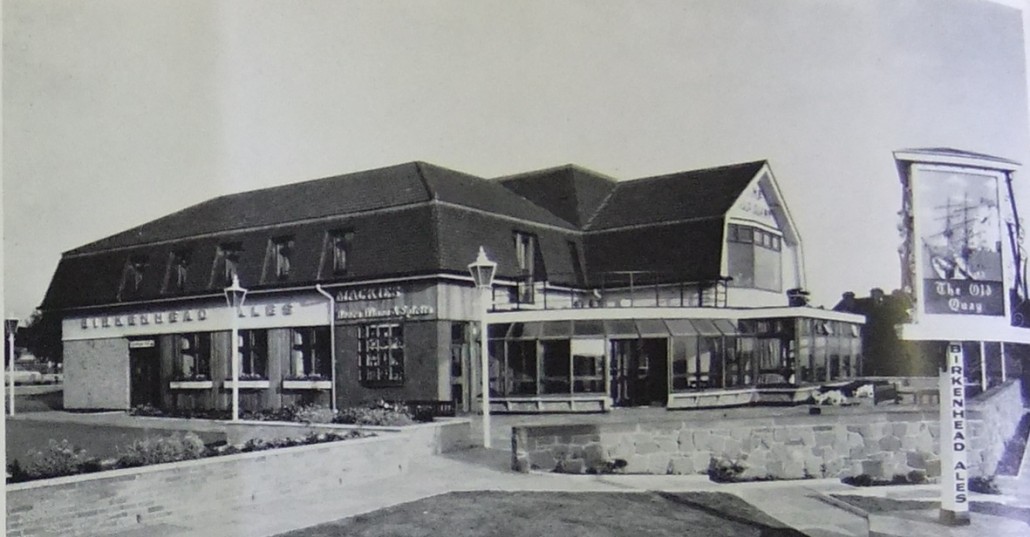 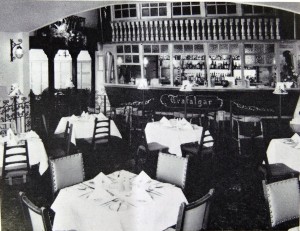