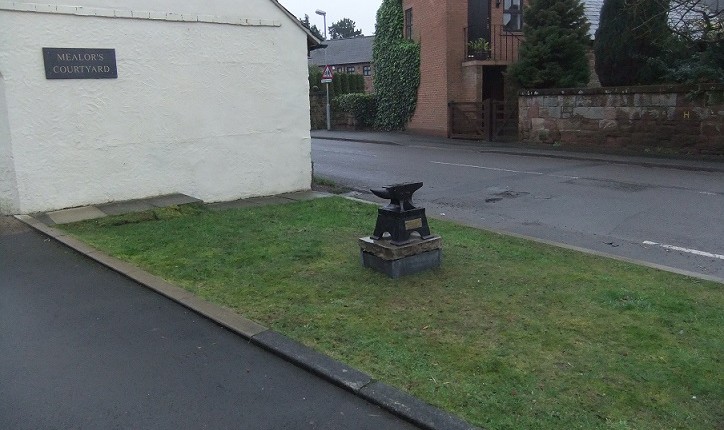 Ness Myths and a Memorial

On 16th January 2016, just over 250 years since Emma Hamilton was born – somewhere in Ness –  and 201 years  after her  death, an anvil with a commemorative plaque was placed on a small grassed area next to the main road through Ness, as a sequel to the enjoyable  weekend that was held last April when The 1805 Club came to visit this area. The Club was established to remember and celebrate events relating to seafaring people of the Georgian era and in particular Lord Nelson.

The very successful exhibition held last April featured Emma’s life and was on view in the Parish Church and a few other locations; this short  article merely aims to give a brief glimpse of Ness, and not to tell her story.

We have no idea where Emma actually lived in her brief time in Ness in 1765 but it was not Swan Cottage, nor even Smith’s Cottage and it will probably remain a mystery for ever. Emma’s father, Henry Lyon, a smith, may have worked at the colliery; two chapters by Ian Norris in Neston, Stone Age to Steam Age tell the story of the collieries, as will Anthony Annakin-Smith’s  book, coming later this year.

A cottage occupied at one time by the uncle of Ernest Jellicoe ; the construction on the right in front of the wall is a well.

Several books on Emma’s life feature fictional accounts of her brief time in Ness. “Poverty-stricken birth in the slums of north-west England”; “a ramshackle huddle of thirty or so miners’ hovels set in scrubby, stony, infertile land” claims Kate Williams in the popular ‘England’s Mistress’ published in 2006. But we are actually looking at the period only a few years after the mine was  opened by Sir John Stanley Massey in around 1759, when productivity was not on the scale it was in later years and Ness would probably have changed little from its purely agricultural days.

Until the 1760s, Ness consisted of  several large farms and a few cottages in the village centre;  the biggest farm was at the corner of Mill Lane and Neston Road, later Mealors farm, and the parish’s tithe barns stood on this site. A drawing by Mariamne Congreve shows Barrows house on the left, on the corner of what is now Well Lane.

Another important farm, Goldstraw still has an interesting 16/17th century sandstone section, said, with no evidence, to be remains of Ness Manor House. In addition to a growing number of colliers in the 1760s, Ness had a few farm labourers, mariners, fishermen, a miller and a customs officer. 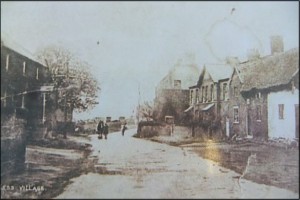 The ‘well’ of Well Lane was in the middle of the fields at the bottom of that lane,(see photo below, with train) and not on that patch of grass by the Wheatsheaf, as often claimed, which was in fact the garden of a cottage across Neston Road.  The photo shows another well in front of these Ness cottages,  bit it is difficult to locate them.

*Would Arthur Kilpin Bulley have established a nursery here in ‘infertile land’??

Thanks to Ian Norris for some useful statistics.

Any views or discussion points would be welcome. 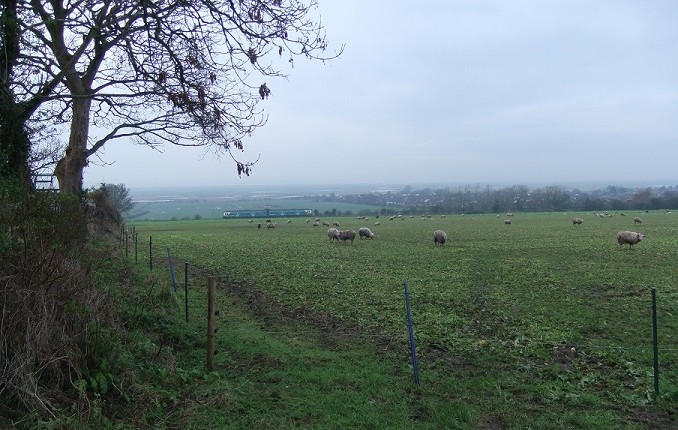