In 1934, Geoffrey Boston of ‘The Garth’ in Hinderton Road asked Lord Leverhulme about the possibility of obtaining the field behind the Institute (now the Civic Hall) and Congregational Church (where the British Legion now stands) for a recreation ground. Neston UDC, although concerned about the need for a safe children’s play area did not have the funds to buy the proposed area, then owned by Congregational Church. 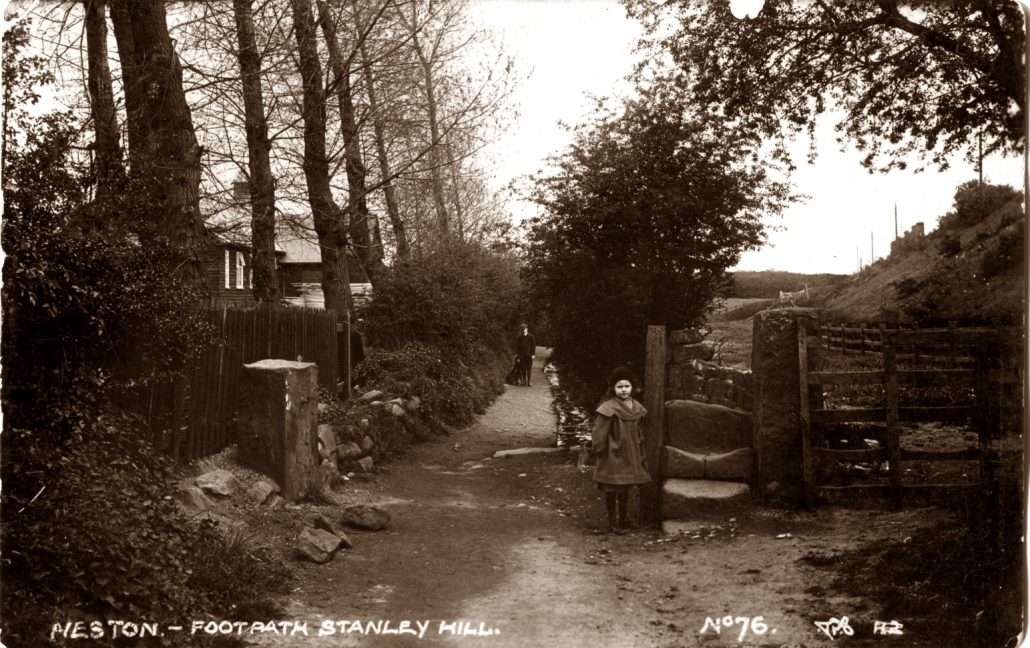 The field was known as Stanney Hill field and there was pathway through it running from Hinderton Road to the railway station and Little Neston. On the 1847 Tithe map for Neston the field is shown as ‘Stoney Field’. There is some anecdotal evidence that the field was also referred to locally as ‘Tozer’s field’ – the Tozer family had a bakery in Neston at that time.

In January 1935 Leverhulme offered to buy the land from the Trustees of the Church and donate it to Neston Urban District Council. It consisted of about 5.5 acres of land and he added a further piece of nearly 2 acres shortly afterwards.

On 6th January 1936, Geoffrey Boston’s wife, Elizabeth, formally presented the deed of gift to Neston Urban District Council on behalf of Viscount Leverhulme. In his acceptance speech the Council chairman referred to the important part Mrs Boston had played in the matter.

‘…irrespective of what you may have heard and discounting reports which may have appeared through the medium of the press, it is entirely through the kindness of  heart and thought of our friend Mrs Boston, who foreseeing what a Playing Field would mean to the children and the joy and pleasure it would bring them where they could have amusements and games and romp about to their hearts’ content without fear and be out of danger…’

The Council stated that:

‘The Council declares it will hold the land upon trust for the perpetual use thereof by the public for the purpose of exercise and recreation pursuant to the provision of the Open Spaces Act of 1906 and in particular upon trust for use as a Playing Field for children of 14 years of age and under until 6pm or thereabouts each day (Council to have power to curtail and extend such time according to the season) and, after such time, as a recreation ground for members of the general public.’

One of the conditions of the deed, required by Lord Leverhulme, was that an ‘unclimbable’ fence and gate be erected, although he admitted that it would be difficult to guarantee that any fence was ‘unclimbable’ if someone were determined enough.

Playground equipment was installed but by August 1936 there were complaints from residents in Hinderton Road and Bushell Road about nuisances caused by children playing and the equipment was moved to the other side of the park by the railway.

The park was officially opened on in May, 1937 by Mrs Boston; it was one of the events organised to celebrate the Coronation King George VI.  A memorial avenue of flowering cherries was planted.

In the early 1940s a shelter with toilets, known as The Pavilion, was built and was eventually demolished in 1970.

There were issues with vandalism and damage. 1944 was a particularly bad year. One of the flowering cherries was destroyed, fences were broken, seats overturned, and rubbish and beer bottles littered around. One resident who used the footpath through the park wrote to the Council suggesting that the park be locked up if it could not be policed as ‘he had found evidence of immoral behaviour’. The Council wrote to all teachers and youth workers about vandalism in the park and other parts of the town where it appeared that fences were being systematically destroyed as fast as they were erected. The shortage of metal after the war apparently made it difficult to replace the gates securing the park. 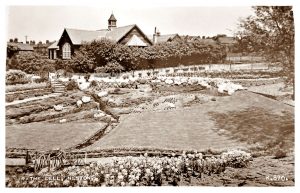 In 1949 the central area of the park, The Dell, was planted up and the Council again wrote to teachers asking them to warn their pupils not to cause damage there. Many local people have fond memories of the formal flower beds but eventually they were abandoned in favour of more naturalistic (and low maintenance) shrubs and ground cover plants.

In the 1950s and 60s more amenities were added: in the 1950s three tennis courts and a bowling green were built and early in the 1960s the football field behind the Civic Hall was made into a putting green and a second bowling green. Tenders were invited for the provision of a refreshment kiosk selling ice cream and soft drinks.

In 1965 Neston was one of the first Council’s to establish an Adventure Playground with a youth worker to organise activities. It provided an area for ball games and section for building dens, camp fires and digging holes. Although popular with local children it closed in 1969.

Stanney Fields Park is currently the responsibility of Cheshire West and Chester Council with support from the local voluntary organisation, Friends of Stanney Fields Park which promotes use of the park and organises regular community events.

The Dell is still planted with shrubs and specimen trees and Stanney Brook, which runs through it, adds to the relaxing atmosphere of this area of the park.

It now has a multi-use games area (MUGA) for casual sports activities such as football, basketball, netball and hockey. There is a wheels park with a quarter pipe, jump combo and wedge/flatbank which is ideal for BMX bikes, skateboards and roller blades. There is also a sports viewing shelter for spectators. For further information click here.