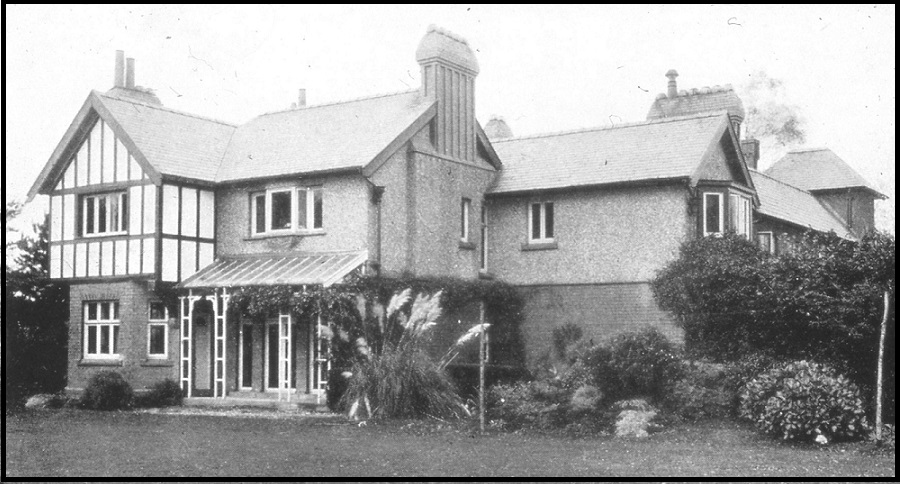 Staplands is a large detached house on the east side of Hinderton Road, Neston. For more than twenty years, from 1923 until it closed in 1944, it housed a craft workshop producing metalwork, carpets, tapestries and brocades of fine quality. The two principals were Andrea Pallis, a goldsmith, and his business partner Aristide Messanesi, a weaver. Both men lived in Liverpool and were of Greek origin.

Andrea Pallis was born in Bombay about 1888 and was educated at the Leas School, Hoylake, Harrow and Trinity, Cambridge where he took his degree in Biology. While at Cambridge Andrea’s interest in metalwork was encouraged and assisted by a local blacksmith but in deference to his father’s wishes after leaving university he spent a year in business working alongside his future partner Aristide. He then enrolled at the Liverpool School of Art where he studied for three years. His instructor in metalwork and jewellery was Joseph Anton Hodel who had been trained in the workshops of Lucerne, Vienna and Paris. Two small items of Hodel’s work, one dated 1907 are in the Liverpool Museum. 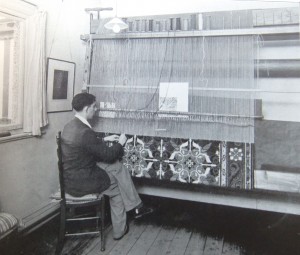 The whereabouts of much of Staplands’ output is unknown. A heavy silver gilt ‘slave’ bangle decorated with a Cabochon Aquamarine is in private hands. From this piece, assayed at Chester in 1928 we know Andrea’s maker’s mark to be a simple ‘A.P.’ He registered his mark in December 1924 when his address was given as 130 Princes Road, Liverpool 8.

Considered to be one of Andrea’s finest pieces is a gilded brass harpsichord rose, now in the museum of Colgate University New York state. It has an intricate design of Ptolemaic and Zodiacal symbols. Two methods of gilding were employed by the studio, Mercury gilding, rarely used since the 19th century and now illegal, and the more common electrolysis

The 1931 catalogue makes plain the opinion held by the two partners that the standard of European art had declined since the seventeenth century.  Their inclination to the traditional is confirmed by a marked absence of any contemporary influence. No trace of the recent Art Nouveau of the early years of the twentieth century or the Art Deco movement of the 1920/30’s is discernible from the photographed items. Many pieces indicate a Teutonic or Indian tendency in their design.

In 1926 Aristide Messanesi joined his friend at Neston. Born in Greece in 1892 Aristide had a short business career with an East India merchant until he retired aged 30.  As a child he was fond of all manner of handicrafts and at 10 years of age could embroider and make lace.  As a punishment his nurse gave him dusters to hem until she discovered he quite enjoyed hemming dusters! 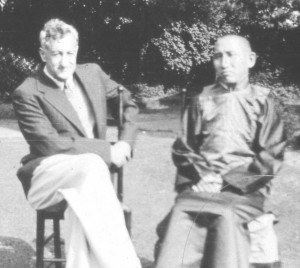 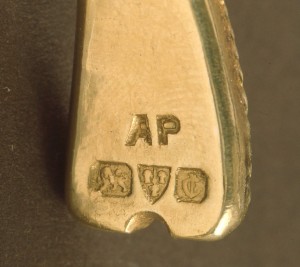 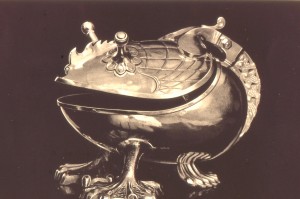 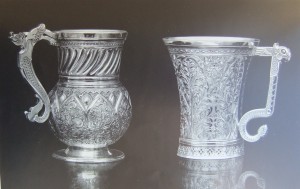 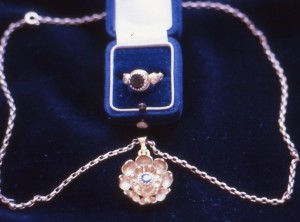 In 1923, having founded the Staplands venture, Andrea engaged his first assistant, Edward Halsall of Neston who recalled his years there as the happiest and most fulfilling of his life. In 1928 the need for a second assistant was filled by Jack Salt of Heswall and for a period Miss Betty Brown of Liverpool was employed as an engraver.

An illustrated catalogue dated 1931 shows some of the studio’s output. The most impressive object is a silver gilt ciborium some two feet high. Later to be in the possession of the catholic cathedral of Fribourg, Switzerland it was estimated by Andrea to have taken three years to complete. Displayed at the 1928 Autumn Exhibition of the Walker Art Gallery, it was valued at 3,000 guineas. Heavily jewelled and enamelled and with five rock crystal pillars, it is surmounted by a star sapphire symbolising the star seen at the birth of Christ. In the same exhibition and commissioned by the Leas school, was a silver war memorial now on loan to the Royal Liverpool Golf Club by Mrs Silcock, the last owner of the school which was demolished in 1985. It is a large silver salver and depicts St George and the Dragon as well as many animals of the Empire. Fifty eight names of WW1 casualties are inscribed on small scrolls completing a complex design. 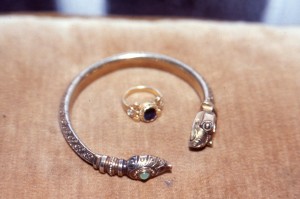 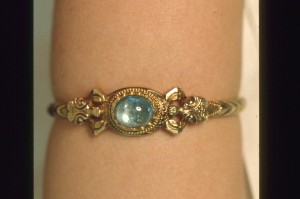 While still working Aristide attended night classes at two London art schools.  An early ambition to be a painter led him to concentrate on designs for china and tiles but with little commercial success. In 1923 he enrolled at a weaving studio at 365 Goldhawk Road, London, run by Luthor Hooper, late of the Victoria and Albert Museum.

In 1936 Aristide spent a year in Srinagar, Kashmir.  There he cooperated with George Stavridi, a merchant well known in the carpet trade.  This appears to have been a commercial venture but nothing is known of Staplands business methods and little of its customers. It is known that churches bought brocade as altar cloths.

Occasional open days were held at Staplands.  In 1937 an unusual figure may have been noticed in the village.  A Buddhist Lama, the Venerable Geshe Wangyal spent a year with Andrea’s brother Marco instructing him in the Buddhist doctrine during which time he stayed at Staplands for a while. He maintained his Tibetan dress while in Neston.

The outbreak of war dispersed the staff to more essential occupations and brought the closure of the studio. Andrea never returned to metalwork and confined himself to painting for the rest of his life.  Staplands was sold in 1947. After leaving Neston Andrea lived at a private hotel in Parkgate. In 1967 he was living in Feather  Lane Heswall but shortly afterwards moved to friends in London where he died aged 89 in 1977.  He is buried in Allerton cemetery, Liverpool.

In 1947, Aristide Messanesi went to India.  For two years he had part use of a workshop in Kalimpong, West Bengal. There he hoped that quality carpets could be economically made to his standards.  The venture foundered and Aristide returned to England to continue weaving carpets at a house in Surrey which he shared with a friend until his death in 1965.