No one from Heswall or other adjacent communities gained this honour 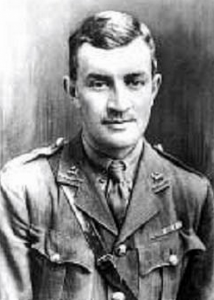 Christopher Bushell was born at Neston on 31 October 1887 (not 1888 as often reported), the son of Reginald and Caroline Bushell of Hinderton Lodge, a large house, since demolished, which adjoined Hinderton Road. The site is now occupied by modern bungalows in Cedar Grove. He was baptised at Neston Parish Church on 2 December 1887.

Reginald Bushell, the eldest son of Liverpool wine merchant Christopher Bushell of Hinderton Lodge, married Caroline Hope in Kensington in April / June 1883 and Arthur Reginald, their first child, was baptised at Neston on 29 August 1884. Lilian Hope Bushell was baptised at Neston on 4 September 1885; Reginald was described as being a merchant and, somewhat strangely, their address was recorded as Oakhill, Neston.

Christopher Bushell jnr was their third and last child.

Four servants are also recorded in the house.

Reginald was a partner in the family business, founded by his father, Bushell Brothers and Co, Wine Merchants and Shippers of Castle Street, Liverpool. He was also a member of the Mersey Docks and Harbour Board and a JP for Cheshire.

At the time of the 1901 census Christopher, 12, was at the Colledge (sic) Boarding School in Heswall:

Located on Hillside Road, previously known as College Road, the preparatory boarding school (often called Dobie’s College) was based in Moorland House (also now demolished) and run by Leonard Dobie and his sister ‘for the education of the sons of gentlemen’.
At the time of the 1901 census Arthur (16), Christopher’s brother, was at School House, Malvern College, and his parents and sister were at Hinderton Lodge.

Christopher left Dobie’s College in the summer of 1901 and, later in the year, moved to Rugby School where he was educated until 1906 and was actively involved in many sports, particularly rugby, with the Notting Dale Club.

Following his death the family moved from Hinderton Lodge to their London property, 59 Kensington Court, Knightsbridge and Caroline bought another house, Hillside, Granville Road, St Margarets-at-Cliffe, near Dover, Kent. From this time the family seem to have divided their time between the two addresses.

In 1906, on leaving Rugby, Christopher went to Corpus Christi College, Oxford, to read Modern History in which, in 1909, he gained a 3rd Class BA. At Oxford he was active in the Boat Club (where he was the Secretary and Captain, and took part in the Henley Regatta) and in Owlets, one of the oldest university drama societies in Oxford, of which he was both Secretary and President.

On leaving Oxford Christopher moved to a Solicitor’s office in Liverpool and was called to the Bar, Inner Temple, in 1911. He was in chambers at 2 New Square, Lincolns Inn, London and resided at his mother’s Knightsbridge home where he was recorded as a law student at the time of the 1911 census: 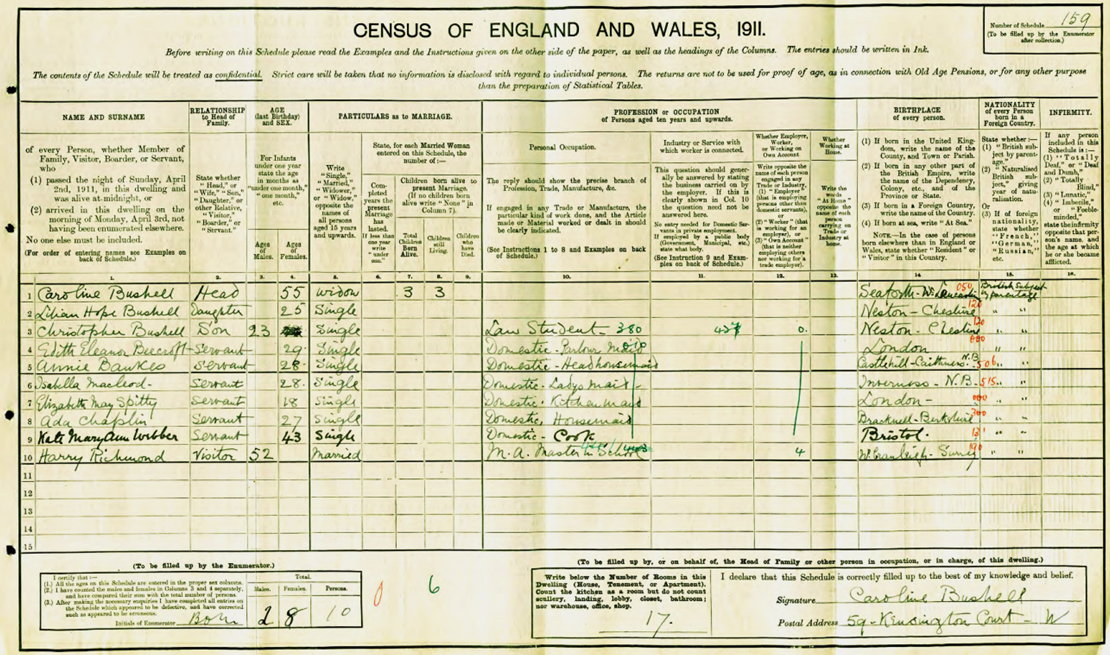 On 17 November 1911 Christopher was called to the bar as a qualified barrister but, rather than embarking on a career in the legal profession, decided to join the army.